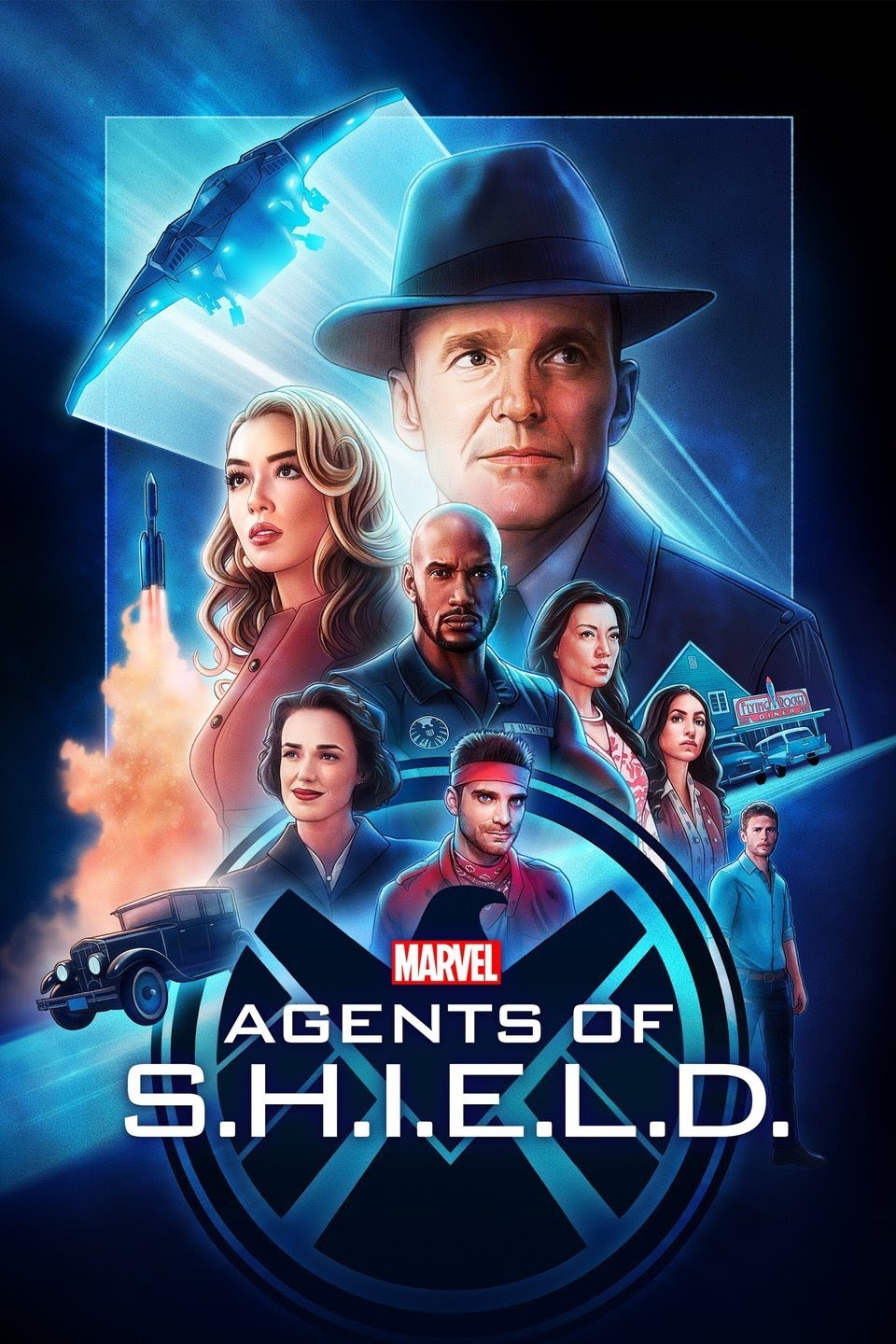 Agent Phil Coulson leads a team of highly skilled agents from the global law-enforcement organization known as S.H.I.E.L.D. Together, they combat extraordinary and inexplicable threats.

This is, by far, my favorite TV show of all time. I’ll talk about the first four seasons so POSSIBLE SPOILERS AHEAD Firstly my ranking of all the seasons from best to worst SEASON 4 SEASON 1 SEASON 7 SEASON 2 SEASON 3 SEASON 6 SEASON 5 …

This is one of the most ambitious superhero TV shows that I have EVER watched! Even after 6 seasons, it touches on aspects that other TV shows wouldn’t dream of, and pulls it off in the classiest way possible! (And I’m saying this with certain shows from *other superhero .

Gotta say, Joss Whedon’s the man! His avengers movies were truly the best, and everything afterwards was just not the same. But AoS makes up for that. This show is just so good and it keeps getting better and better. Seasons 1 through 6 have been a blast, and the …

Oh man, where to begin?! Agents of SHIELD is a top tier tv show especially
if you love the mcu. The arcs of the characters are so well developed and
once you’ve started watching you will agree with the way they are portrayed.
There are at least one Oscar worthy performances in each season with the acting

you will see from Elizabeth henstridge, iain decaestecker and of course chloe
Benet. The range of diversity in this show is crazy, asian, people of colour,
latina, white. Down below are the order of my favourite seasons ranking best

to worst (even though no season is terrible) alongside it is my favourite
episode from each of them. Missing out season 7 as it is currently in progress
and 3 episodes left to air…

I love this show, you get so attached to the characters so easily and
its hard to let them go. One of the best things about this show
(in my opinion) is getting to see heroes as villains and vice versa showing

that not everything is as black and white as it seems at the first glance.
It’s great to watch if you’re a fan of mcu movies as it references and connects
to movies such as Age of Ultron and Ant man, brings characters from movies

such as Lady Sif, Maria Hill and Nick Fury whilst referencing objects such as
Loki’s sceptre and the tesseract. The show starts of pretty down to Earth
(or as down to Earth as it can get with Marvel) then eventually expands further

exploring things like portals, time travel, alternate realities and so much more.
I totally recommend this show! (Plus they have the cutest couples and the
saddest deaths) Watch Marvel’s Agents of Shield.

SHIELD is so good. S1 starts off a bit slow but it was still really good ESPECIALLY starting at ep 6 with all the stuff between Fitzsimmons. Speaking of Fitzsimmons, they are the number one OTP.

Iain and Elizabeth are so good together and they way they portray fitz and Simmons is so believable and so genuine. Chloe does an AMAZING job as Skye/quake/Daisy, Clark Gregg is just the perfect Coulson and #CoulsonLives blessed us w this show. Ming Na Wen as May is a blessing,

Brett Dalton as Ward is perfect casting he did such a good job. All the characters that come in through the seasons and their actors are equally as good. S2 is really interesting with inhumans, S3 is good, ESPECIALLY with HIVE (full disclosure the finale made me sob omg *SPOILERS* LINCOLN).

S4 w Ghost Rider, Quake, AIDA, Radcliffe, everything was so, so good. S5 was really trippy, Deke was great (WHERE IS HE WHY HASNT HE SHOWN UP IN S6 YET) and Fitz doing what he did. Coulson raising the stakes, the S5 FINALE DESTROYED ME UGH. So yea it’s rlly rlly good and everyone should watch it.

I finally got netflix; benched watched all of them. Overall, I like that it is in the MCU, season 1-3 are great; able to tie in with the movies and showed their smaller level threats and stayed in par with their powers and why they wouldn’t become avengers. Season 2 almost had an X-Men dialog and if they had rights, they could of done it in season 4. I liked how they tied in the age of Ultron and

reasons why Shield didn’t interfere. In Season 3, doesn’t have ties with the movies and has to come up with their own stories and they are noticeable but plausible and entertaining. It was a great way to end Grant Ward as their top threat; giving the character a full circle. Season 4 is useless. You can skip and not miss a thing. They used scripts from terminator and matrix and their logic rules are

pointless. The intro to Ghost Rider wasn’t bad. Season 5 had a good initial feeling, getting the cast to battle a world ending event in the future but I hated the ending. Thanos was referenced but they could of shown how useful Shield can be in the background. The switch of top villain was dumb and the fighting looked fake. Season 6 was kind of giving reasons to the time loop and the path of

Fitz as he reaches his destination during cryosleep. They could of continued this path on how the end of the world was inevitable. Giving a story of who created the time machine that returned them to current time. They could of shown who selected the Shield characters to time travel and why Fitz didn’t join. A good reason of why Fitz went the long way could of also been to eliminate the time paradox, since he eventually dies. Also, they can also show how Yo-Yo was captured and how the

Kree took over the light house. They could of ended the loop in Season 6 and rescued all the humans, and continued on with cliff hangers towards their new agenda in space as Furry did. They could also go on into a parallel universe, where they find another Coulson leading the team found in season 6 but will go by another name. Overall, its great work, consistent casting. They could kill

or ended some of the characters to give a feeling of real consequences like they did in season 3. I liked that Mack became the full time director in season 6. He could of helped his brother out with a job to give that character more development. I didn’t like Season 6. I will probably go back to watch season 1-3 and ignore Season 7.